We all know that Microsoft Discontinued Support For Windows XP. The history of Microsoft and Windows seems a roller coaster of success and failure. Successful Windows XP, Windows Vista failure, successful Windows 7, Windows 8 failure ... and now, in a bet that seems to throw us off, Microsoft Windows 9 jumps to file directly Windows 10. This breaks us well established schedules and none dare forward touching success or failure. 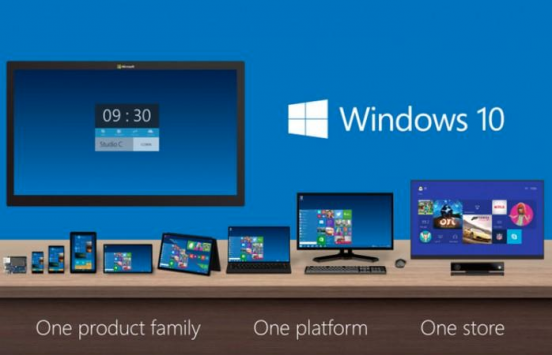 According to Microsoft right now there are 1,500 million users of any version of Windows across the planet. But the trend is down because of mobiles, tablets and that of the post-PC era.

So you want to be a Windows 10 operating system that includes computers, tablets and mobile automatically adapting to the various capabilities of each device. "Windows 10 is an operating system that will run on devices from 4 to 80 inches," say from Microsoft, but it is certain that this claim and also used it to introduce Windows 8 and it did not work. 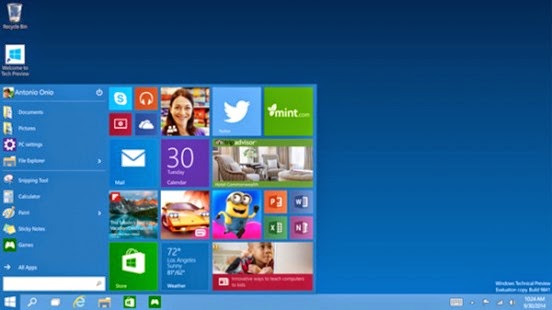 What are the differences then? Well it's hard to find real news, rather it is a mixture of those things that worked well in Windows 7 basically the desktop mode with the home button and classic menu - and the touch part with windows "Live Tiles" of Windows 8.

An interesting detail is that in those dual devices, Windows 10 will change in appearance between classic or touch windows desktop as the keyboard is plugged or not. Other highlights announced are: 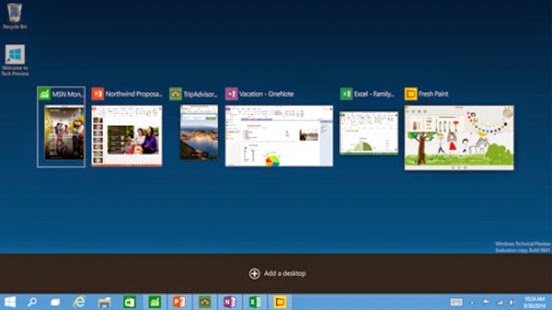 In short, for many, the news is that Windows gets really start button. But the truth is that Microsoft has much at stake with this new version. Windows 10 will reach consumers for free (existing users of Windows) in late 2015, but until then developers (and the curious) will have versions beta evaluation. 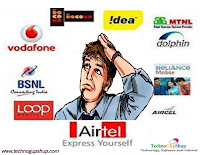